Continuously Under Construction 1 – The Pyramid

A Pyramid made of 4317 bricks landed one late February afternoon in the middle of Testing Grounds. A major installation as part of Melbourne Design Week (15-25 March 2018), it was raised to be both a platform and a provocation to (re)consider design, construction, public art and public space. 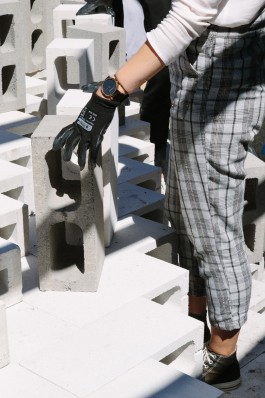 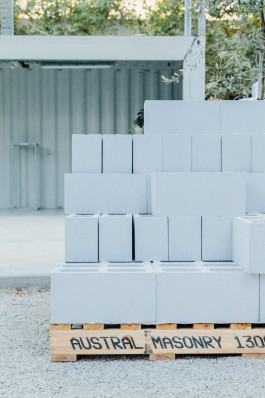 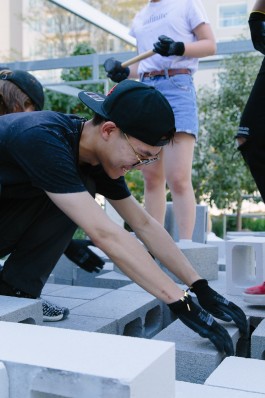 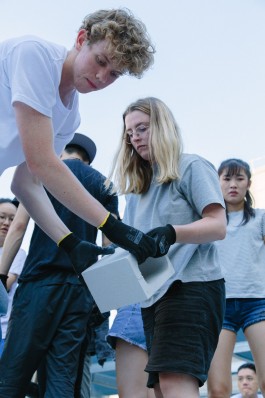 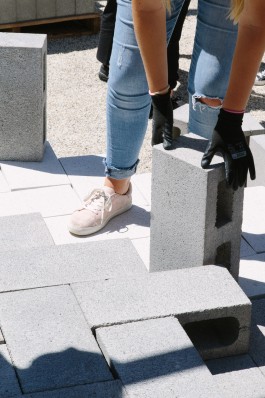 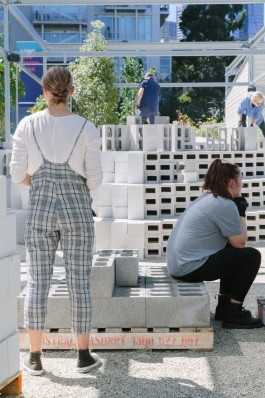 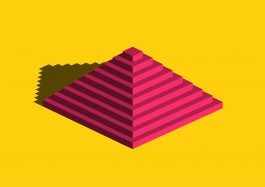 Built for Melbourne Design Week with the help of Interior Design at RMIT and generous support from Brickworks, the Pyramid was a playful place for talks, gatherings, installations, and performances, while also standing alone as a public artwork and design object.

Over the course of Melbourne Design Week we invited designers, artists, and architects to take on the Pyramid: to use it to spark conversations around the materials, processes, and meanings of design, and to actively re-design, re-shape, and re-make it. They brought with them groups of design, art, communication, performing arts, and architecture students from across Melbourne to run classes and workshops, to wonder what it could be for, and to just sit on something cool and solid and appreciate the rhythm of the city for a while.

Beyond MDW, the Pyramid continued to provide a stage and seating for a whole host of projects happening at Testing Grounds, becoming a key part of the creative infrastructure.

The 4317 bricks of the Pyramid were a combination of 200mm full- and half-length GB concrete masonry blocks in standard pewter and honed porcelain finish.

The bricks arrived to Testing Grounds on 31 pallets.

It was built from the bottom layer in 3 hours and 26 minutes of collective effort.

It held space in the middle of the site; a monumental central axis around which all events and performances, comings and goings revolved.

And after it was built, countless people stared at it, sat on it, played with it, re-designed it, drew on it, talked to it, danced around it, shouted from it, and dreamed with it.

What did we learn?

The Pyramid was a unique design proposition that used the skills of the entire Testing Grounds team. It involved design, testing, construction and coordination, programming, education, communicating to the world, documenting, and deinstalling.

It also involved collaborating with industry, education, and creative practitioners. That collaboration went beyond bringing the Pyramid to life — it also included finding the potential the Pyramid had as a work of art, as as piece of infrastructure, and as an educational opportunity.

The process of translating design into built form reinforced the idea that you can design something on paper (or computer screen), but can never really know how it will be realised until you are standing in place, feeling the scale of the site, with the weight, size, and sense of material in your hands. It reminded us how important the experience of building things is to good design. Not just making models, but building structures on a 1:1 scale, using the actual materials of construction.

We learned that a lot of joy and creativity can flow from an instinctive idea, if it is nurtured properly. That if you give enough room for it to breathe, and you invite the right people to share in the idea, it can build its own complexity, and become so much bigger than imagined at the start.

We were reminded that art and design have so much in common, but also have distinct differences. Art needs design, both in its production and its consumption. The physical spaces and channels of communication through which art is framed are all designed. But design, as its own field or community of people, is very different from art. Design doesn’t need art. Design seeks to make the world more legible, and more inhabitable. Art seeks to complicate the world. It builds new language to communicate what can’t be communicated through any other modality. (Of course, that isn’t the whole picture; just thoughts we had through this project. And the Pyramid was interesting precisely because made us think. It raised tensions between art and design that we are still thinking through.)

We learned that people love a platform — to perform on or watch from.

We learned that collective action is a powerful form of education. It sets the terms of learning as a lean-forward experience. It is show, don’t tell. But it adds the extra dimensions of do, and do together. It makes study about material and collaboration and problem-solving and creation. It takes study back to its etymological roots; to apply painstakingly (Latin) or to push (Proto-Indo-European).

Some illuminating reflections from the coordinator of the RMIT student cohort, Olivia Hamilton, are below. From that coordinator perspective, it was a meaningful exercise not only in design thinking but also in forging a community of students and teachers.

It will, of course, take longer to understand the longer term effects of building the Pyramid pedagogical framing. Coming in the first week of first year for the students involved, we suspect it has set a course for how they will understand the discipline of design and their own education as active, collaborative, and materially driven, but we are still too close to know. What we do know is that for everyone involved — the Testing Grounds team included — it was a project that challenged and fired the imagination.

And finally, not insignificantly, we learned what to do with a Pyramid. Take it down. 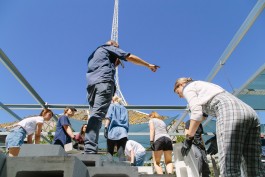 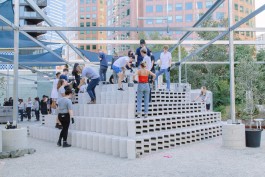 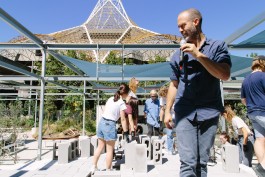 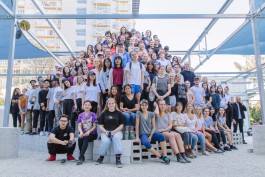 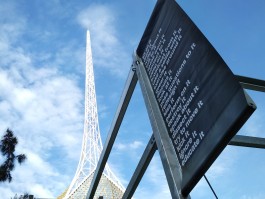 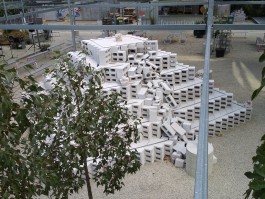 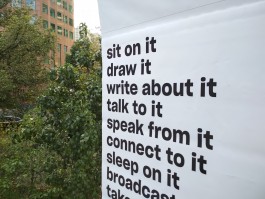 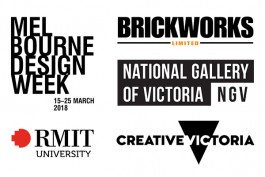