A street art workshop and community activation project situated in Village Laneway Caloundra, taking place over one weekend in May 2012. 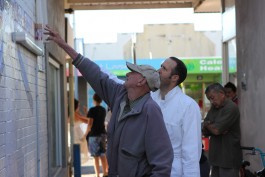 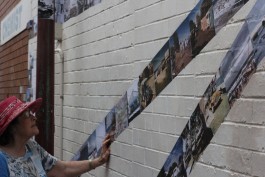 For two days Village Laneway in Caloundra was the focus of a street art workshop and community activation project. Memory Lane brings images from the past and displays them in the first Caloundra Laneway Art Strategy.

After an initial weekend workshop and consultation process with local artists, a thematic scheme was produced and the medium of paste-up cut-outs was chosen as the most suitable way to transform Village Lane for the three months of the planned activation.

Sunshine Coast Council invited people with memories of Caloundra, in particular anyone with holiday snaps, home movies or postcards to contribute the content to the project. Community members were then invited to help install the project in Village Laneway during a weekend workshop on 19-20 May 2012. Participants helped cut and paste the contributed images to form the artwork.

Participants in the project worked with local arts officers to produce a response to the submitted images. The key iconic symbols of the old Caloundra Lighthouse, Kings beach, and the mini-moke worked as the starting points for a landscape of memories that covered both walls along the 40m laneway. 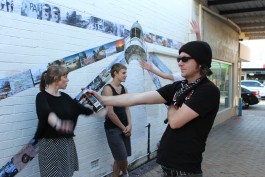 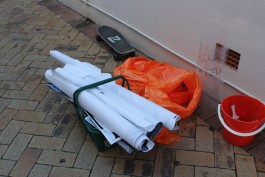 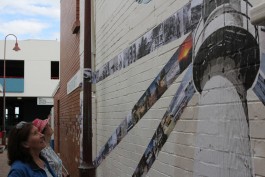 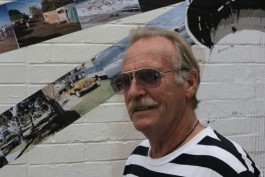 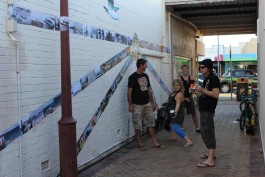 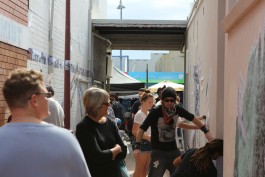 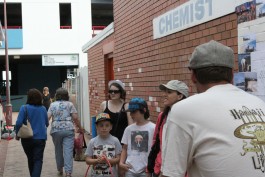 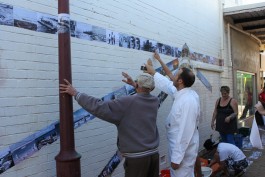 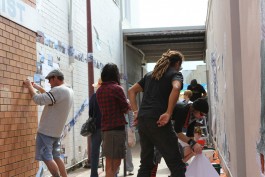