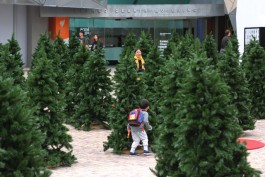 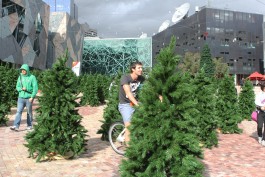 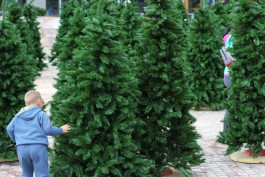 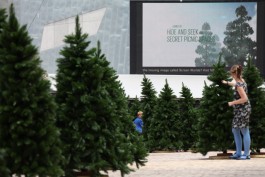 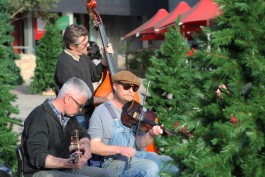 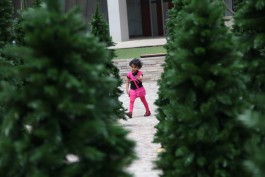 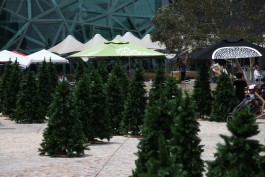 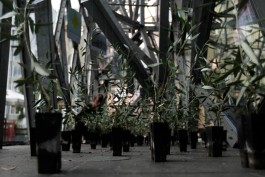 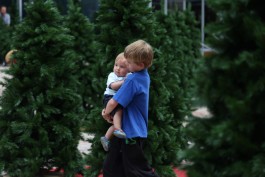 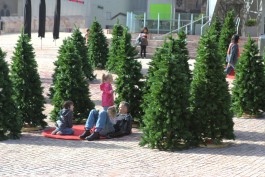 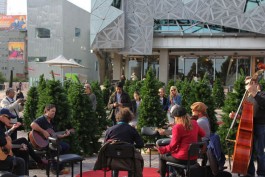 The humble plastic christmas tree that is found in so many lounge rooms during the festive season erupted from suburbia into a moveable forest that occupied Federation Square for the month of December over three years – 2011, 2012 and 2013.

Throughout each December the installation hosted a number of events that activated and transformed the forest of 250 trees. All these events where free to the public and most importantly for us, took place in the square and amongst the trees, not on the stage. These events included music nights by Craig Woodward and friends and The Hoodangers, free family portraits on weekends by Hannah Courtin-Wilson, the gifting of hundreds of small olive trees and a series of posters by artists and designers that were distributed along Melbourne train lines.

The program concluded with an orphans christmas day picnic on the 25 December allowing families and individuals to bring a picnic lunch into the square and watch a film and relax in the company of strangers. We hope that this is the beginning a tradition in Melbourne of a christmas lunch at Fed Square each year.

In The Pines is about allowing the public to step inside a forest and out of a city as they move through the main plaza of Federation Square.

'In The Pines' is a folk song dating back to the 1870s. It forms the basis for over 160 different recorded renditions with each generation bringing its own interpretation. The folk tradition of Christmas lends itself to the same sort of multitude of meaning and as such has the ability to escape a fixed or conservative single interpretation. It is with this in mind that we have linked the iconic Christmas pine with the song 'In The Pines'. 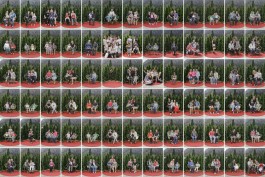